Whidbey Island is a large island in the Puget Sound which is located about 30 miles north of Seattle.  The island is accessible via a frequently traveling ferry system from Mukilteo, WA or from the north end of the island via the Deception Pass Bridge.  The island is approximately 37 miles long as the crow flies, but 55 miles when driving the length of the island.  The island has about 70,000 residence with about 40% living in rural areas.  Most people think of the beach homes on Whidbey or view homes.  Some of the most expensive properties in the area are the Puget Sound waterfront homes especially in Mutiny Bay in southwest.

Originally inhabited by members of Snohomish, Swinomish, Suquamish, Lower Skagit and other Indigenous tribes, Whidbey Island was first seen by Manuel Quimper and Gonzalo Lopez de Haro in 1790. Fully explored in 1792 by George Vancouver, it was named after Joseph Whidbey, who circumnavigated the island in June of 1792.

Deception Pass State Park spans over 3,854 acres and is the most visited state park in Washington state. This park, filled with mysterious coves, rugged cliffs, jaw-dropping sunsets, is home to Cranberry Lake. Deception Pass Bridge can be viewed from different vantage points. Ebey’s Landing near Coupeville has beautiful wetlands, prairie habitats, and a coastal bluff offer stunning views of the Olympic Peninsula and Strait of Juan de Fuca. There’s also Admiralty Head Lighthouse, which was built in 1903. 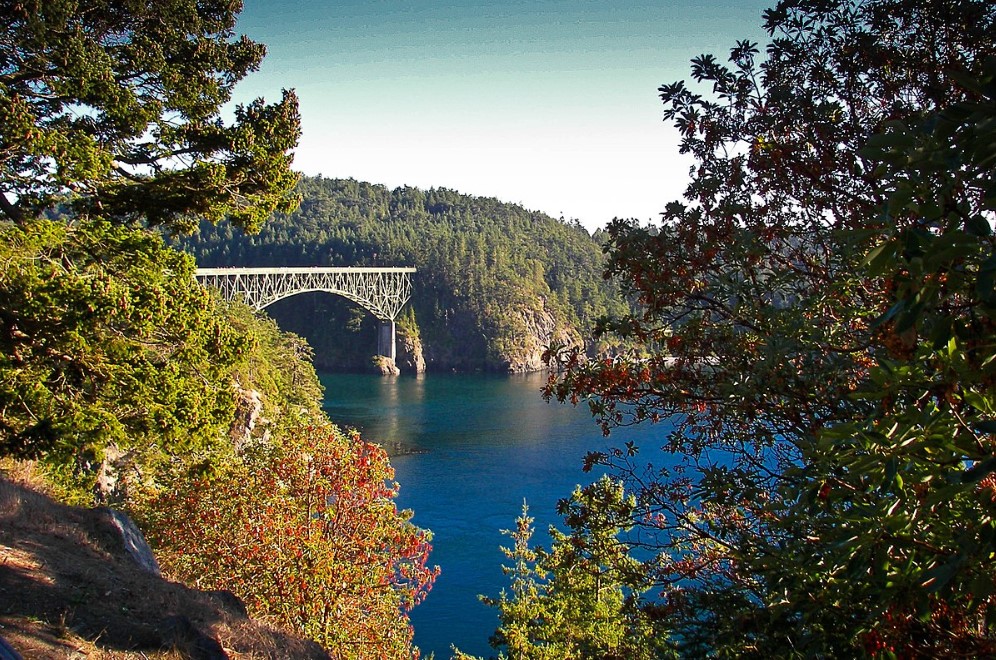 Deception Pass on the north end of Whidbey Island