Is the real estate market slowing down or is it picking up?

Bellevue real estate follows suit with the rest of the NWMLS as the market continues to grow. Brokers reported 8,791 closed sales of single family homes and condos during April 2021, nearly 50% higher than the year prior total of 5,866 completed sales. Year-over-year closed sales surged 25%, from $452,030 to $565,000. Resulting in nearly every county reaching double-digit gains. Furthermore, prices on single family homes rose 26.5% alongside condo prices that increased by 12%.

The Bellevue real estate market had doubled in sales over last year with 110 homes sold compared to 55 that sold in April 2020. The average selling price for a house in the area came to over $2 million. Additionally, the neighboring city, Clyde Hill, sold 11 houses this April with the city of Medina selling 8 as well as the town of Yarrow Point having 7 home sales. The most expensive home sold in the area was a waterfront Hunts Point property that Ewing and Clark’s Jane Powers and Betsy Q Terry sold for $32 million.

Condo sales spiked in the area and nearly double as opposed to last year. At the end of the month, there were 92 sales in total with the average condo selling just over $850 thousand. In the previous April, there were 47 listed Bellevue condo sales with an average of just over $720 thousand.

Luxury homes in Bellevue are becoming commonplace.  A majority of homes (34 of the 60) that sold this month were bought at over $2 million. Greater Bellevue, including Clyde Hill, Medina, Hunts Point, and Yarrow Point, are all part of a luxury real estate market.  Furthermore, in 2021 there have been 8 sales for over $10 million in the entire NWMLS.  Six of the sales were local.  The most expensive was this month’s sale, of the Hunts Point waterfront home which for $32 million.  Three of the sales were in Medina including one on Evergreen Point, one on Yarrow Point, one in Meydenbauer, one on Clyde Hill,   Of the two that were not in Bellevue, one was a Mercer Island home that sold for $12.225 million and another was a Washington Park home (Seattle) sold by Ewing and Clark for just under $12 million.

Is Real Estate Slowing Down?

Learn More about the Seattle Market 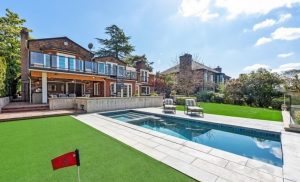 Washington Real Estate Market Spring is a popular time to list a home for sale. This is true whether Seattle real estate or a home

Is the real estate market slowing down or is it picking up? The market continues to set record highs and lows according to the NWMLS 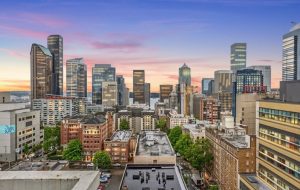 Greater Seattle Condo Market Inventory across the NWMLS is down 36% from a year ago.  Inventory has been dropping consistently.  For example, in January there