The greater Seattle real estate market is still historically strong, but there are signs of change.  For example, King County had 4,738 active listings at the end of September which is up 98% from last September (2,391).  However, active listings are down 13% from pre-pandemic September (2019) which had 5,431 active listings.  In addition, across the NWMLS, last September there was only 3 weeks of inventory, while this September there is 2 months of inventory.  Obviously, this a sharp increase.  Nevertheless, it is still not to the 3 to 6 months that is considered an even market for home buyers and sellers.  Thus, prices are still up from the previous year.  Median prices across the NWMLS are up for homes 4.75% and 9.2% for condos.  In short, since last September active listings have nearly doubled, pending sales are down 31%, but prices are still rising.

On the other hand, the Eastside has seen a drastic decrease in the number of sales while prices are also down.  On Mercer Island the average house sold for over $2.945 million which was down from $3.065 million the year before.  Furthermore, the number of sales were less than half the year before: from 36 to 17.  In addition, the greater Bellevue real estate market which including Clyde Hill, Medina, Hunts Point and Yarrow Point saw an average sales price of of $1.845 million.  On the contrary, Bellevue homes sold for an average of $2.678 million in September 2021.  Similar to Seattle and Mercer Island, the number of sales decreased from 120 to 84.

The average sales price of a home in the Bellevue area, including Hunts Point, Medina, Clyde Hill, and Yarrow Point, was nearly $1.845 million.  The average price was down from previous months, but a big reason for that is September lacked the big sales.  For example, the highest sale in September was on Lake Sammamish for $5.8 million.  In 2022, there have been 41 sales over this amount in the Greater Bellevue area.  Thus, the average sales price increases in the month when these sales happen, and if those sales do not happen then the average obviously is effected.

The most expensive Seattle luxury home was a houseboat in Eastlake that sold for $6.25 million.  There were 42 sales over $2 million in Seattle in September.  Most of these homes tend to be in central Seattle just south of The Cut from Madison Park, Capitol Hill, Queen Anne and Magnolia.  The rest of the homes tend to have water views looking either at Lake Washington or the Sound, but there were homes throughout the city that sold for over $2 million.

As seen throughout blog, sales are down, but prices remain high.  Thus, the great Seattle real estate market has slowed in number of transactions, but not in sale price.  Nevertheless, the future real estate market is hard to predict.  Every real estate market brings new challenges.  To navigate the current issues, contact one of Ewing and Clark’s real estate brokers. Ewing and Clark has provided exceptional real estate service to Greater Seattle since 1900.  Whether you are looking for a waterfront property in Leschi, a luxury home in Laurelhurst, or your first Seattle home, please contact us 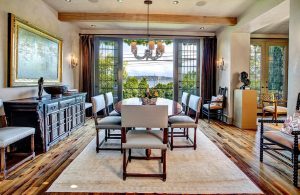 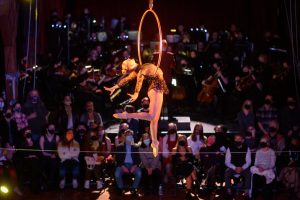 5 Things To Do This November in Seattle 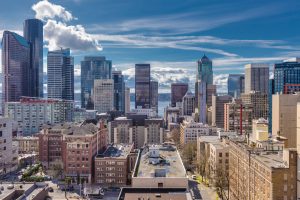 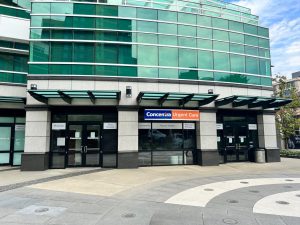 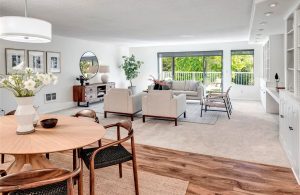